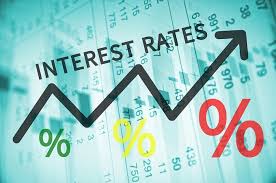 A fixed mortgage gives you a predetermined interest rate for a period of time. The most popular being a five-year fixed rate. A fixed rate mortgage’s benefit is the security of knowing what your monthly payments will be.

A variable mortgage rate fluctuates with the prime rate. Prime is a benchmark interest rate, which is influenced by the Bank of Canada’s overnight lending rate and may change 4-5 times a year.

With a variable rate, your mortgage payment typically stays the same regardless of what the prime rate does. However, the amount of payment that is applied to the interest versus the principle varies as prime rises and falls.

The question is: If interest rates were to rise two to three percentage points, could I stomach the extra interest expense? Variable rates have typically cost less than fixed rates over time, but there’s always that trade off between higher risk and potential savings.

Elliott Levine is the President of Levine Financial Group in Toronto

We Save Physicians Money on their Insurance